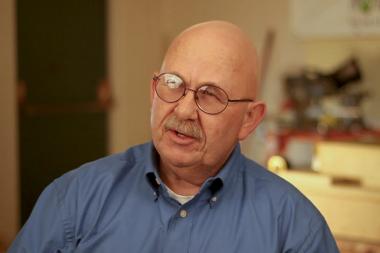 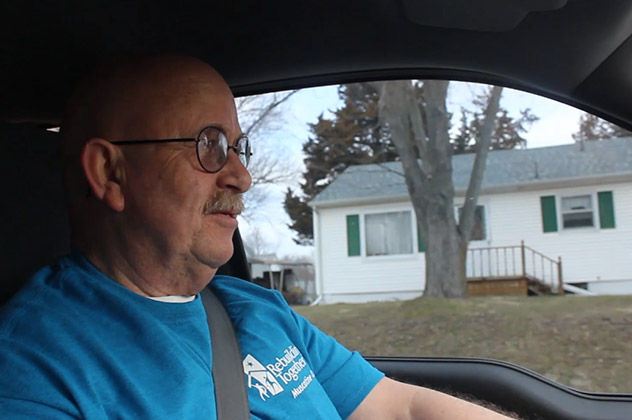 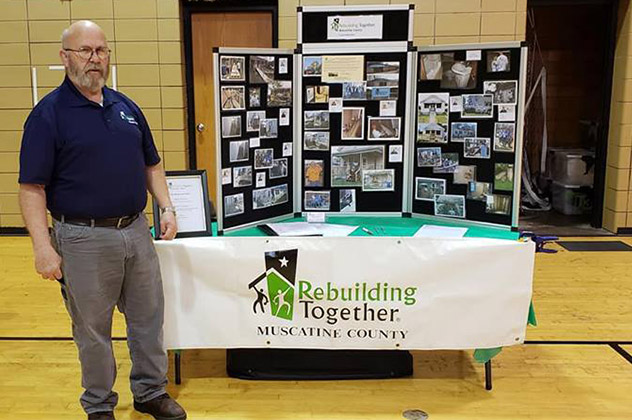 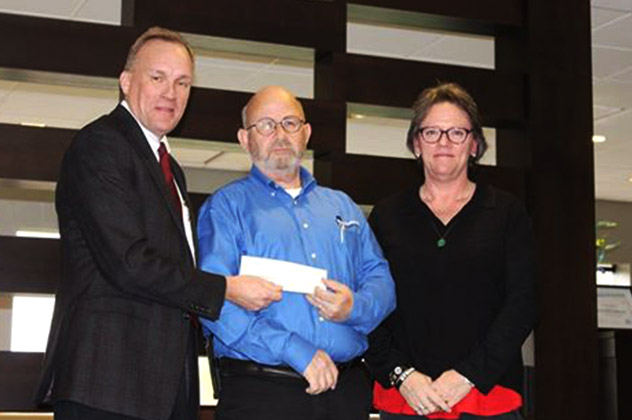 Frank Iliff, Rebuilding Together Muscatine County’s executive director, keeps an extra shirt in his truck, but not because rebuilding homes is sweaty work. It’s because the shirt he wears is often soaked with tears by the end of the day.

“The homeowners we help will hold me and hug me and cry,” Frank said. “Once, I was hugged by a war veteran after our Rebuilding Together Muscatine County volunteers put a new sidewalk, kitchen sink and bathroom vanity in his home. He’d been so hardened by life, and he just stood there in my arms and cried and cried. It’s that kind of thing that gives me the impetus to carry on.”

Frank has done much more than just carry on. Since he founded Rebuilding Together Muscatine County in 2007, the organization—and Frank—have become fixtures in the local community. Muscatine is both a city and a county stretched along a scenic bend of the Mississippi River on the southeast edge of Iowa. Around 24,000 people live within the city’s borders, and the county has about twice as many residents. Tourists tend to call Muscatine a sleepy town, all while praising its spectacular sunsets and Iowan charm.

“My family and I have lived here for 30 years. Arriving in Muscatine was the first time I felt like I had a real home town. Though I haven’t lived here my whole life, I’m from here now. I’m a Muscatiner.”

Frank had always wanted to devote all his working hours to Rebuilding Together Muscatine County. But with his career set on a different path, he’d instead pressed ahead as its volunteer leader, fitting it into his schedule whenever possible. “Once I turned 66,” he explained, “I could get social security and make it happen.” In 2018, after decades working swing shifts at a local corporation, Frank retired from the private sector. Today, Frank is Rebuilding Together Muscatine County’s full-time executive director and first paid employee.

Now that Frank is free to devote himself fully to Rebuilding Together Muscatine County, his ambitions have grown. In summer 2019, the organization took on its first remodel of an entire building. Frank and his volunteers put in two bedrooms, a full kitchen, laundry room, shower and more into the small former office space. Once the transformation is complete, it will become a new home for a local family in need.

These kind of comprehensive home repairs are sorely needed for Muscatine to flourish. According to a 2017 study, the county’s existing housing is its largest economic asset. However, most of the existing housing is older and needs maintenance and rehabilitation. As a result, Muscatine County doesn’t have enough homes that people earning the lowest incomes can afford. More and more, people over age 55 are leaving Muscatine in part because their homes are not places where they can comfortably and safely grow older.

“What makes me stay is the people. The people are just the best. When there’s a need, they step up. They step up and they go out of their way. They just do. I’ve had hundreds of volunteers show up to fix up their neighbors’ homes just by simply asking for help.”

To start on these goals, Frank has already joined the Rotary Club of Muscatine and become an ambassador with the Greater Muscatine Chamber of Commerce and Industry. He is sitting down with local corporate leaders to figure out the best way to get them involved in Rebuilding Together Muscatine County’s home repair projects.

Frank also has an eye on the long term in another way. “I have seven grandkids. They’ll sometimes help out on our home rebuilding days. That means I’ve got seven really important people watching me and learning from me.”