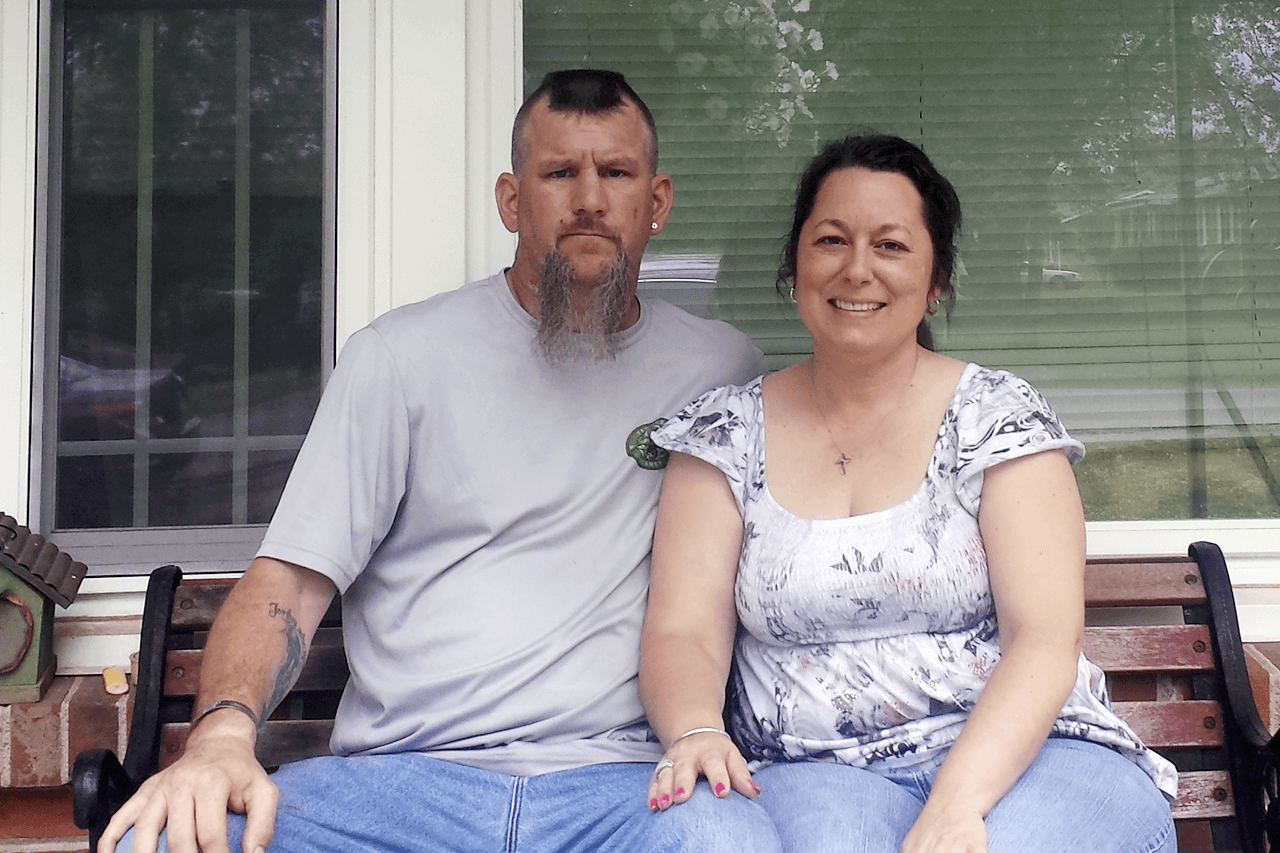 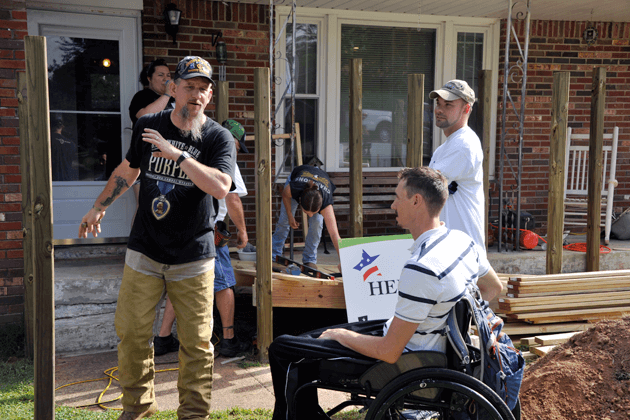 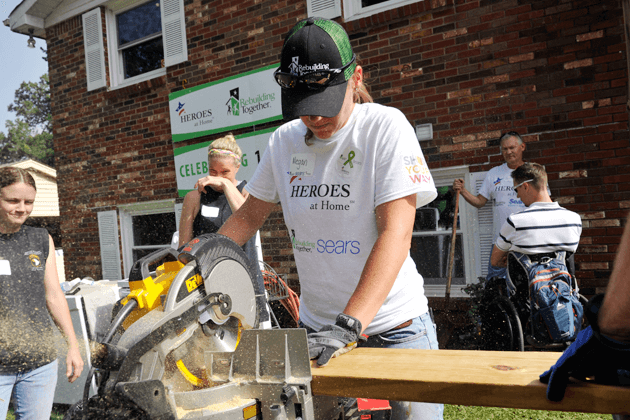 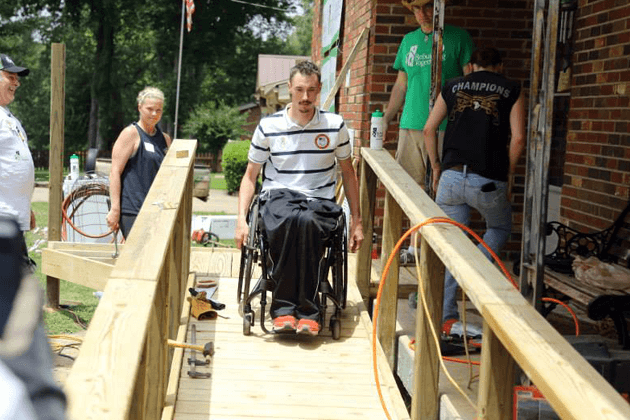 Todd and his wife Cathrine have devoted their lives to serving their country and their community.

“We both come from military families,” said Cathrine Shaw. “Todd’s family goes back a while, but mine has had someone in the armed service going all the way back to the Revolutionary War.”

Todd and Cathrine Shaw are both members of the Military Order of the Purple Heart. They are one of only two married couples in the U.S. with both spouses in the order. Todd was caught in an explosion while serving in Iraq in April 2006. Seven of his vertebrae were broken, and three were crushed. Cathrine suffered injuries to her back, knees, wrists and ankles in an explosion in August of the same year while serving in Afghanistan.

The couple met in the Fort Campbell Warrior Transition Battalion, and they married in 2012.

Though Todd and Cathrine are retired from active duty, they continue to serve by helping fellow veterans in their Clarksville, Tennessee, home. They help veterans and their families locate and access the resources and medical care they need to live as independently as possible. They also cook meals, share stories, listen and offer advice.

Although the Shaws welcome their neighbors into their home, those veterans with disabilities – including Todd – had difficulty navigating the house itself.

“I fall almost once a week,” said Todd. “I’ve broken bones and even smashed up the kitchen countertop with one fall.”

Todd uses a wheelchair sometimes, particularly after the multiple surgeries he has had related to his injury. However, there was no ramp to get him in and out of the house safely during his recovery. His son Dustin had to carry visiting veterans into the house when they couldn’t make it up the stairs on their own.

The Shaws worked to improve their home, but faced setbacks. Two tornadoes hit their home within one week in 2011. They had repaired most of the storm damage, but they were unable to make all the accessibility modifications needed. That’s when a friend anonymously nominated the Shaws to have their home renovated by Rebuilding Together Nashville.

The renovation of the Shaws’ home marked the 1,500th home repaired by Rebuilding Together and Sears, through Heroes at Home program. Volunteers with Sears and Rebuilding Together Nashville built a ramp connecting the driveway and the front door for greater accessibility. The flooring throughout their home was replaced and handrails were added to the stairwell. The kitchen was also completely refurbished so that it is accessible to visitors in wheelchairs.

“This is going to help us help more wounded veterans in our home,” said Todd. “And please, support our soldiers,” he added. “Even a simple ‘thanks’ goes a long way.”

Visit our Flickr page to see photos of the Shaws’ home renovations.

The Heroes at Home Program is a collaborative partnership between Sears and Rebuilding Together. Since 2007, more than 40,000 volunteers have donated nearly 320,000 hours to serve low-income members of the military, their families and veterans by making the critical home repairs and modifications they need to ensure a safe and healthy home.

To learn more, and to support Heroes at Home, visit sears.com/heroes.

Want to read more about Rebuilding Together? Sign up to receive our email updates!