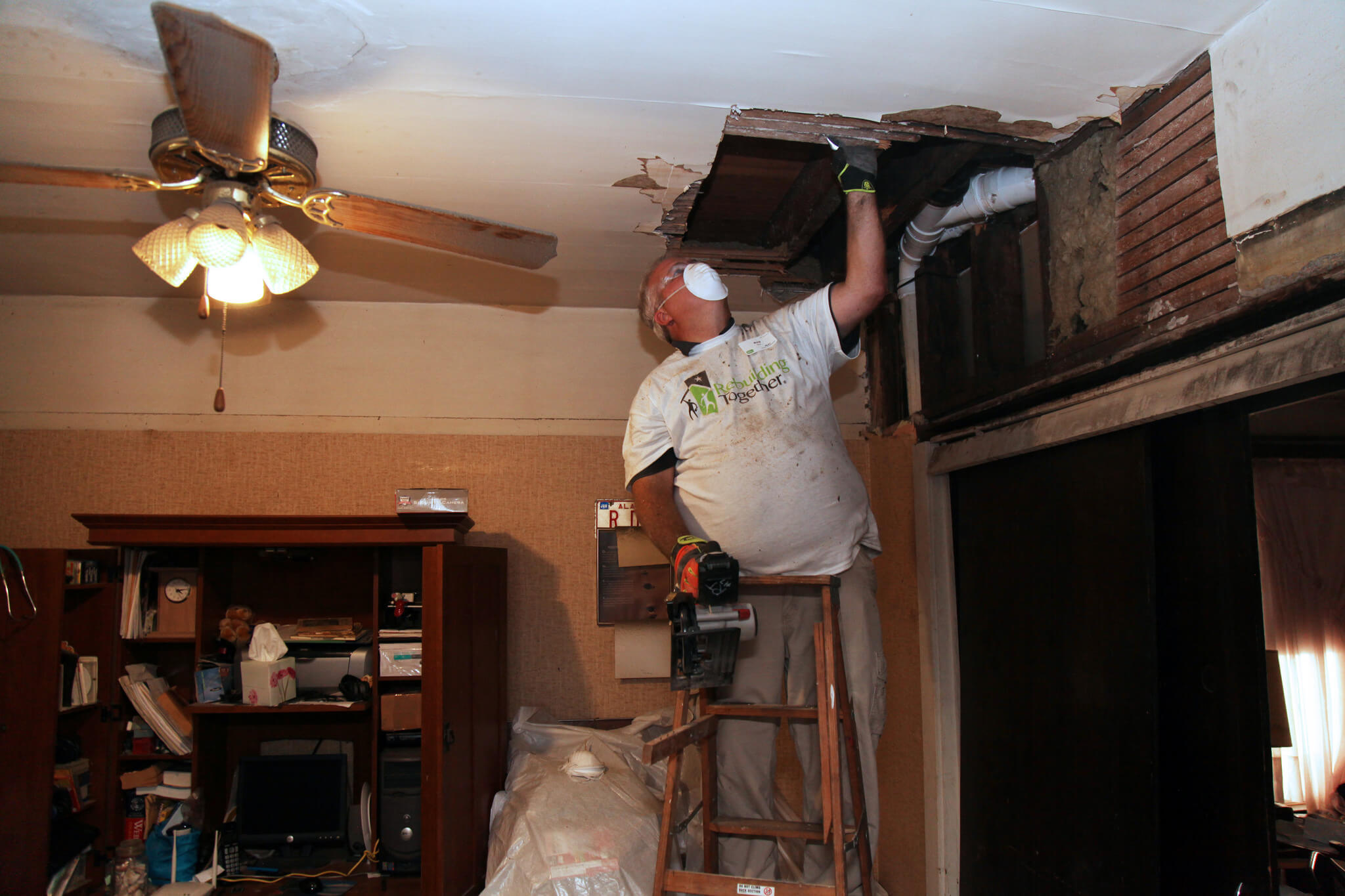 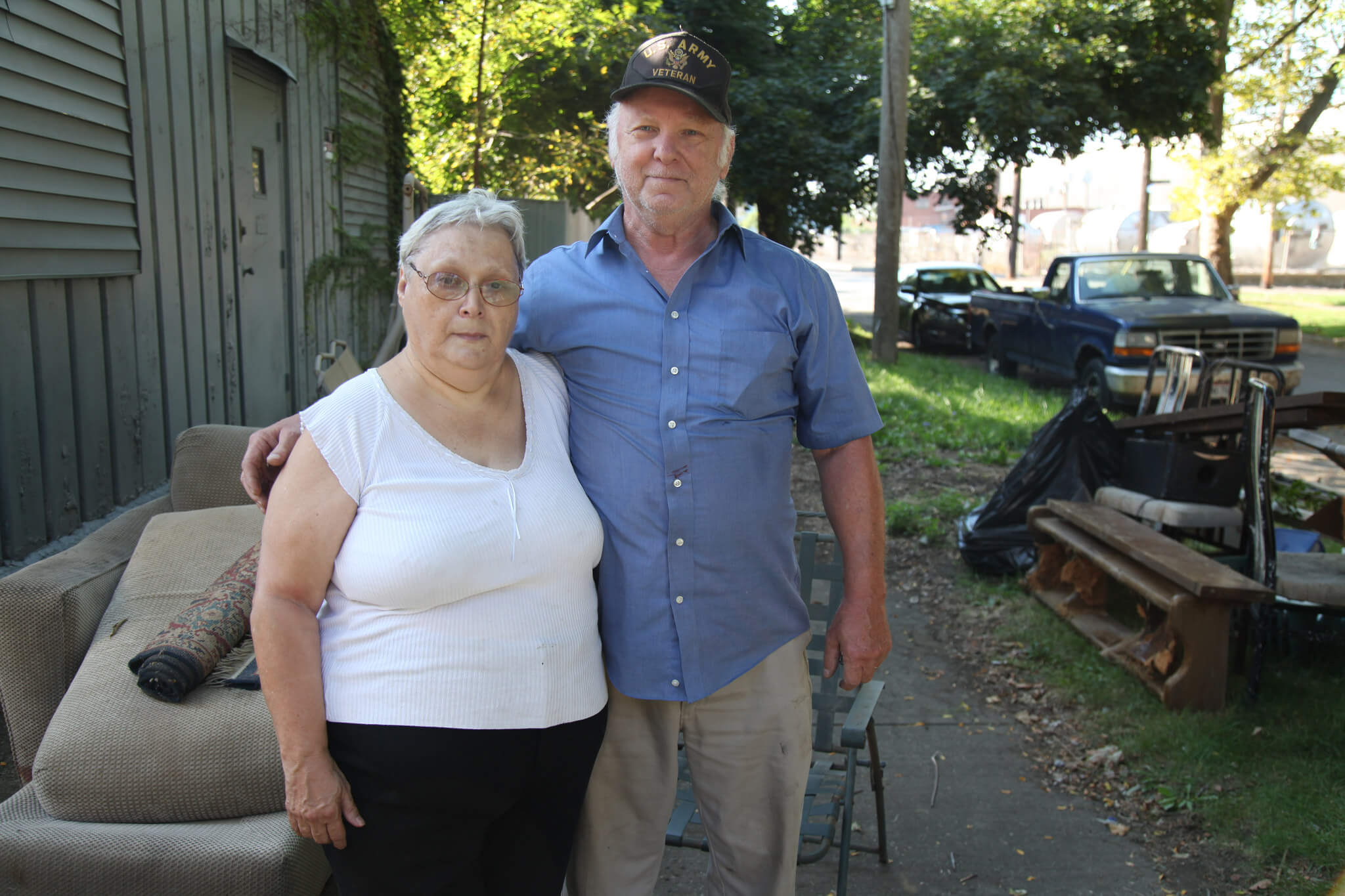 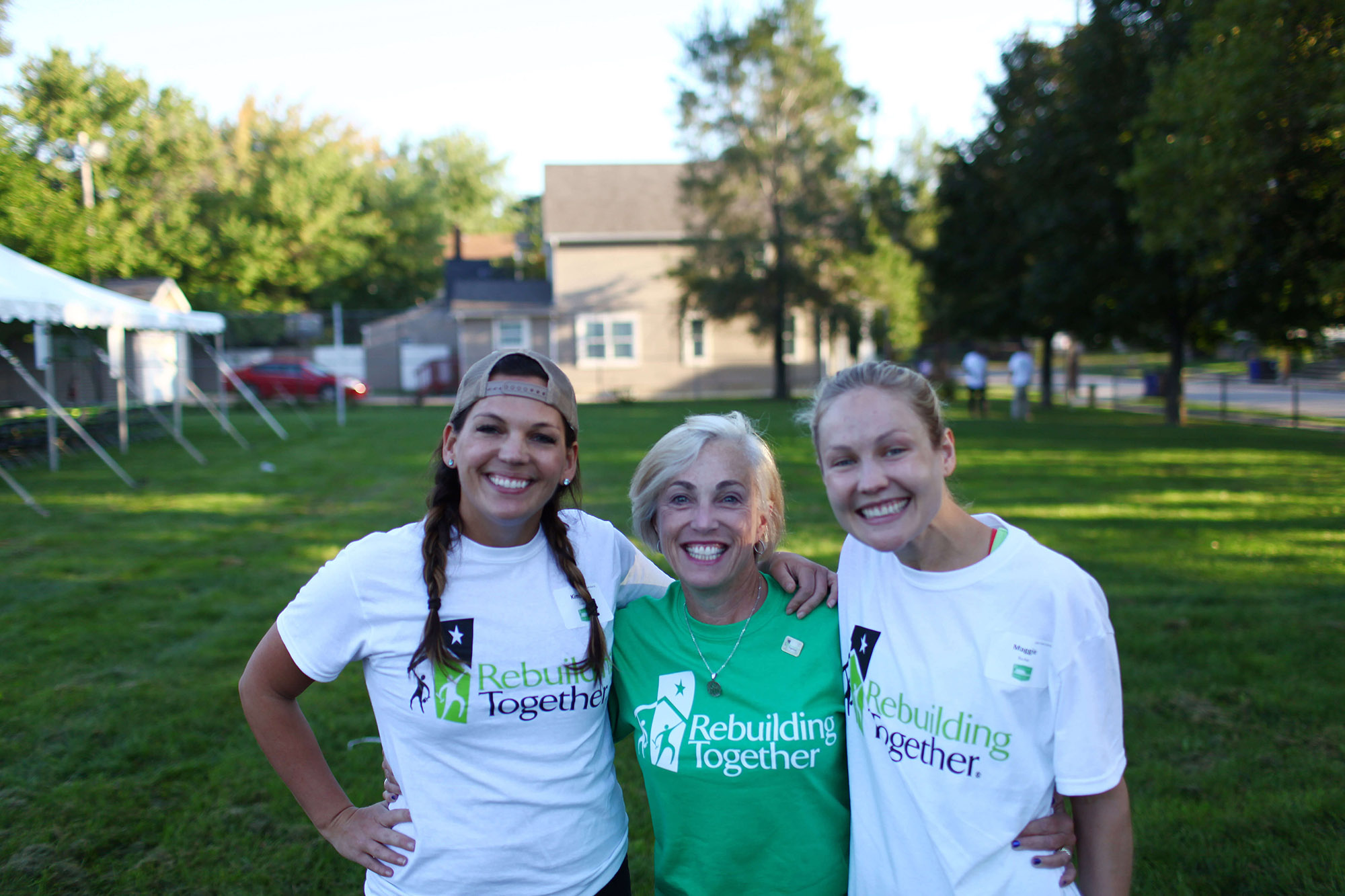 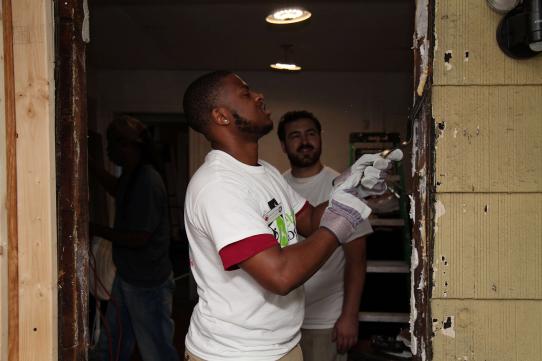 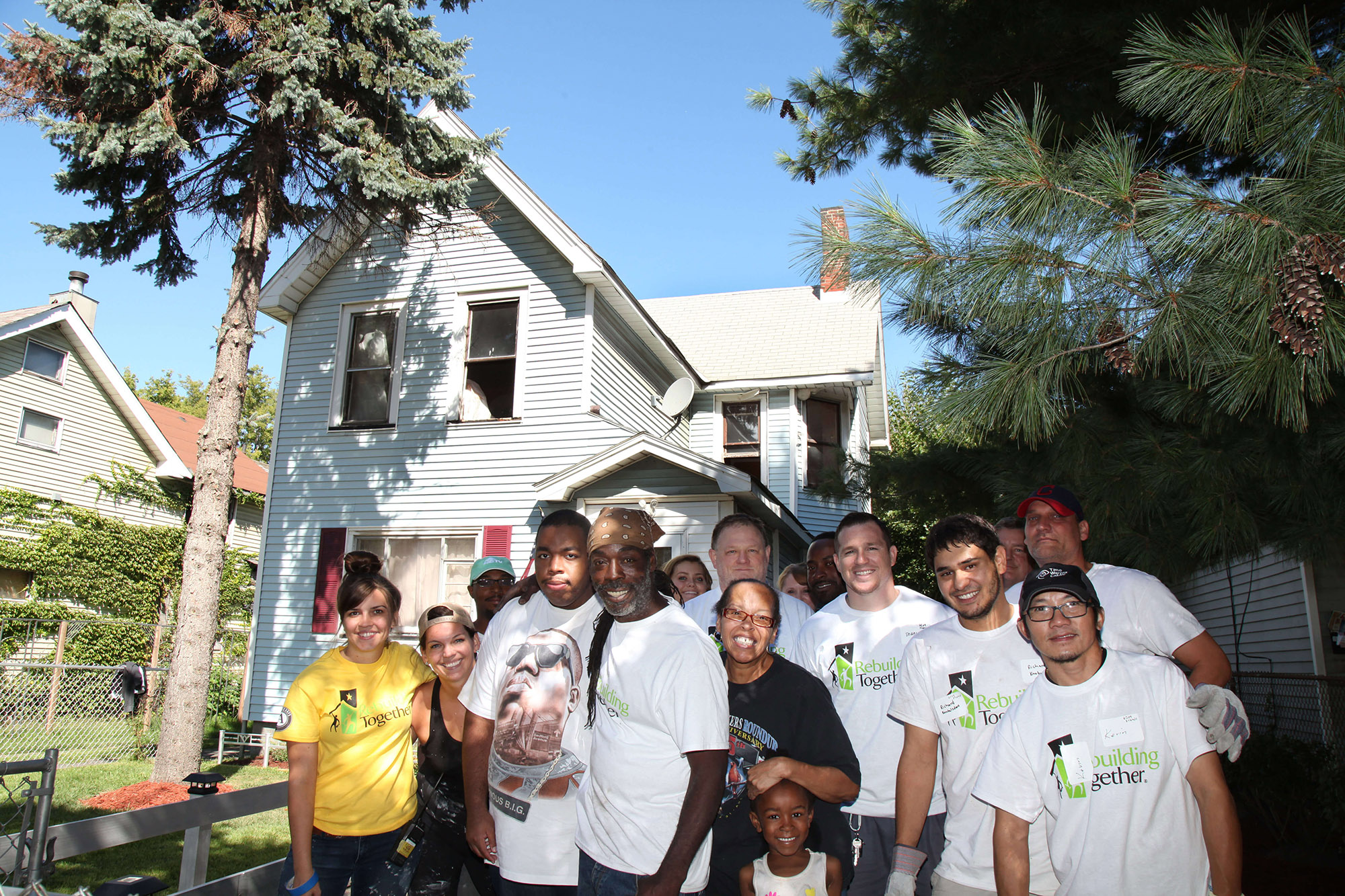 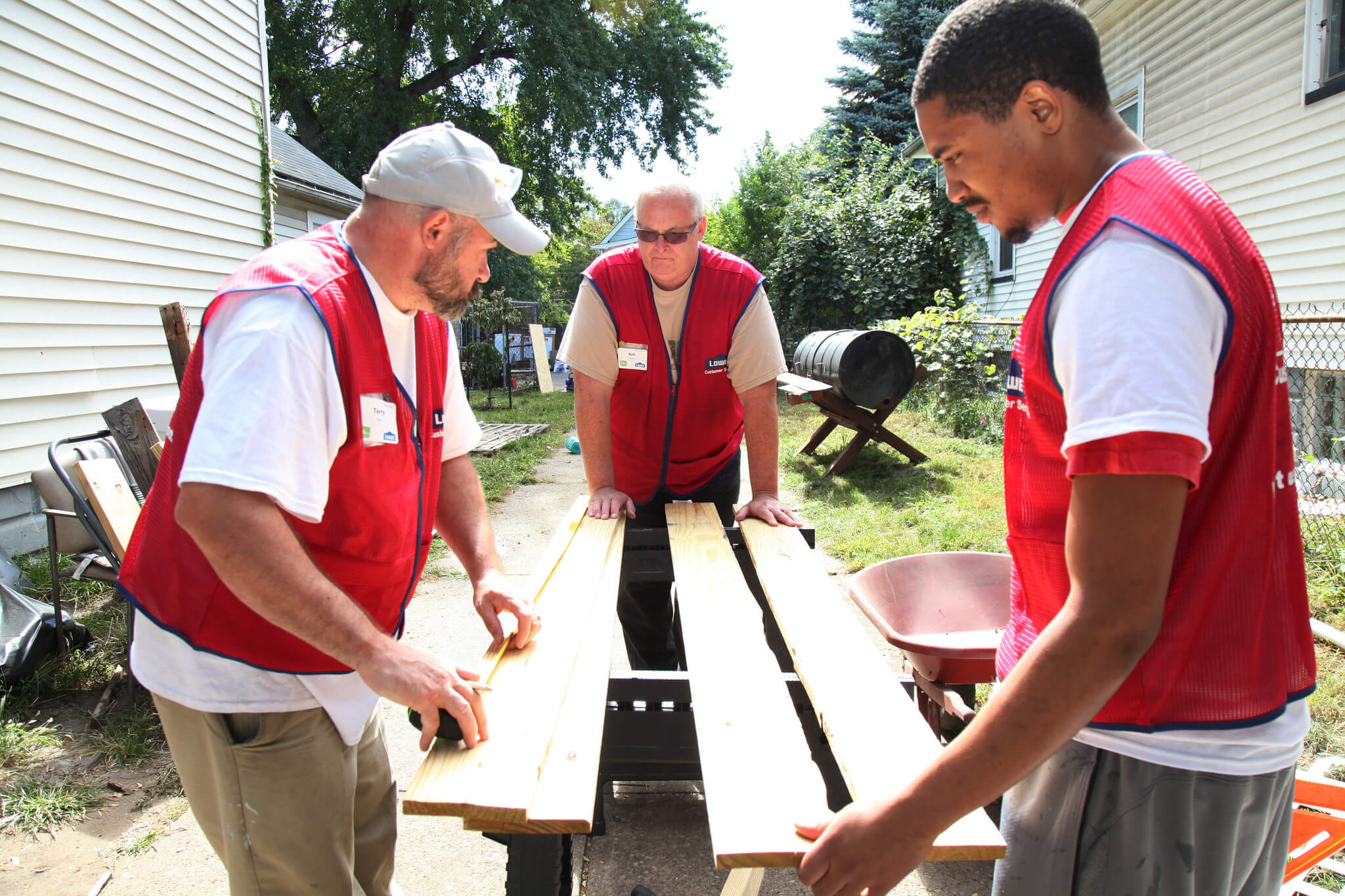 Paul Holm, executive director of Rebuilding Together Northeast Ohio, has a surprising long-term goal in mind. He eventually wants to leave the communities he’s helping.

“The greatest thing I could do,” Paul explained, “would be to work with others to build something that empowers and is owned by the community. Only then could I leave, confident that the community had been truly transformed.”

Paul has a lot of work to do to reach his goal. Northeast Ohio is digging out from decades of hardship. The manufacturing sector decline, the foreclosure crisis, and the financial recession all hit the area hard. Cleveland, which boasted a population of more than 900,000 in 1950, has just 390,000 residents today.

“Imagine what a population loss like that does to neighborhoods,” Paul said. “Vacant buildings, lost jobs, and decimated property values are just part of it. Northeast Ohio got hit in the gut, but it wasn’t a knockout blow.”

Ohioans are determined to recover economically and reinvent the state’s identity. As Northeast Ohio’s communities are revitalized, the area has the potential to become somewhere people will want to live – and where former residents can be proud to return.

Paul himself left and then returned to Ohio. “After high school, I couldn’t wait to leave. Yet years later, there I was, moving back to support my aging parents. I got a job leading the local Rebuilding Together affiliate. Returning to Ohio turned out to be a perfect fit for my heart and my career.”

Today, Paul sees a tremendous need – and a tremendous opportunity – for Rebuilding Together to be part of Northeast Ohio’s reinvention.

A few years ago, a local ABC television journalist asked Rebuilding Together to help fix up a block in Cleveland’s Glenville neighborhood. Though it’s currently one of the city’s poorest areas, Glenville has a lot of appeal. Filled with historic homes, it’s close to several of Cleveland’s top cultural institutions and outdoor spaces.

Because Paul has spent years building relationships in the community, he was able to quickly mobilize partners to join the project. The Famicos Foundation canvassed the area for volunteers. The ABC affiliate recruited local businesses to give donations. Petitti Garden Center supplied landscaping materials. And a church hosted the volunteer center.

When the workday arrived, 80 residents came out to transform their own neighborhood. People spruced up yards, cleared vacant lots, painted fences and porches, and picked up trash. Together, the volunteers made improvements to nearly every house on the block.

At the end of the day, a man approached Paul. The man’s white button-down shirt was unwrinkled and his skin was creased with age. He looked up at Paul and asked, “Can you take a walk with me? I gotta tell you something.”

As they ambled down the sidewalk, the man said, “I’ve lived in Glenville for 50 years. In all that time, I have never seen anything like this. I have never seen people come together and do something for somebody else like what I experienced today. If we can do this again, and if we can keep doing this, we’ve got a shot.”

Paul said, “His words hit me like a ton of bricks. I realized there’s such power in what we do.”

That’s the kind of moment that shows Rebuilding Together’s true strength: to empower people to recognize that they can make a difference.

“It doesn’t require a lifelong commitment,” Paul continued. “The storyteller Aesop wrote, ‘No act of kindness, no matter how small, is ever wasted.’ When we combine all those acts of kindness, we accomplish amazing things.”