A New Lease on Life

April 28, 2020
by Beth Morrison, Executive Director at Rebuilding Together of Greater Charlotte

I met Lakisha last summer after her realtor reached out to Rebuilding Together of Greater Charlotte on her behalf to find someone to help her hold on to her family home. As luck would have it, the home was in the same neighborhood we were focusing on with our Building a Healthy Neighborhood program. We received Lakisha's application and met to walk through the now vacant home, for reasons which quickly became clear.

Lakisha’s grandparents purchased the house in 1954 just four years after it was built, and she spent most of her childhood there. It meant the world to Lakisha when she inherited the home from her grandparents–she would be able to create more memories with her own three kids! Common with 70-year-old houses, Lakisha soon found her home in need of critical repairs. The roof fell into part of the back addition, and she didn’t have the $8,000 to replace it and rebuild the rafters, so Lakisha and her kids tried to simply avoid that area and continue living in the rest of the home. Unfortunately, water damage intensified and mold started spreading.

With children in the home–one with intensifying asthma attacks–Lakisha knew she couldn’t stay there anymore and moved her family of four into her dad’s house. By that point, the roof was just the start of the repairs needed, and Lakisha knew she wouldn’t be able to afford to make the home safe and healthy again.

Lakisha’s kind-hearted realtor found our program at the perfect time. They had already had her home on the market, but the offers on the table were no where near what she would need to buy another home, and she desperately wanted to stay.

When we were able to tell Lakisha that we would take on her home as one of the biggest projects we have ever done, we knew it was the right thing to do. With the help of hundreds of volunteers including Lakisha and her family, sponsors and in-kind donations, we got to work tearing out the decades-old carpeting, replacing damaged drywall, installing new flooring and refinishing the beautiful existing hardwoods, fixing faulty wiring and plumbing, installing a new HVAC system, new roof and windows, new bathrooms and kitchen and painting throughout the home. 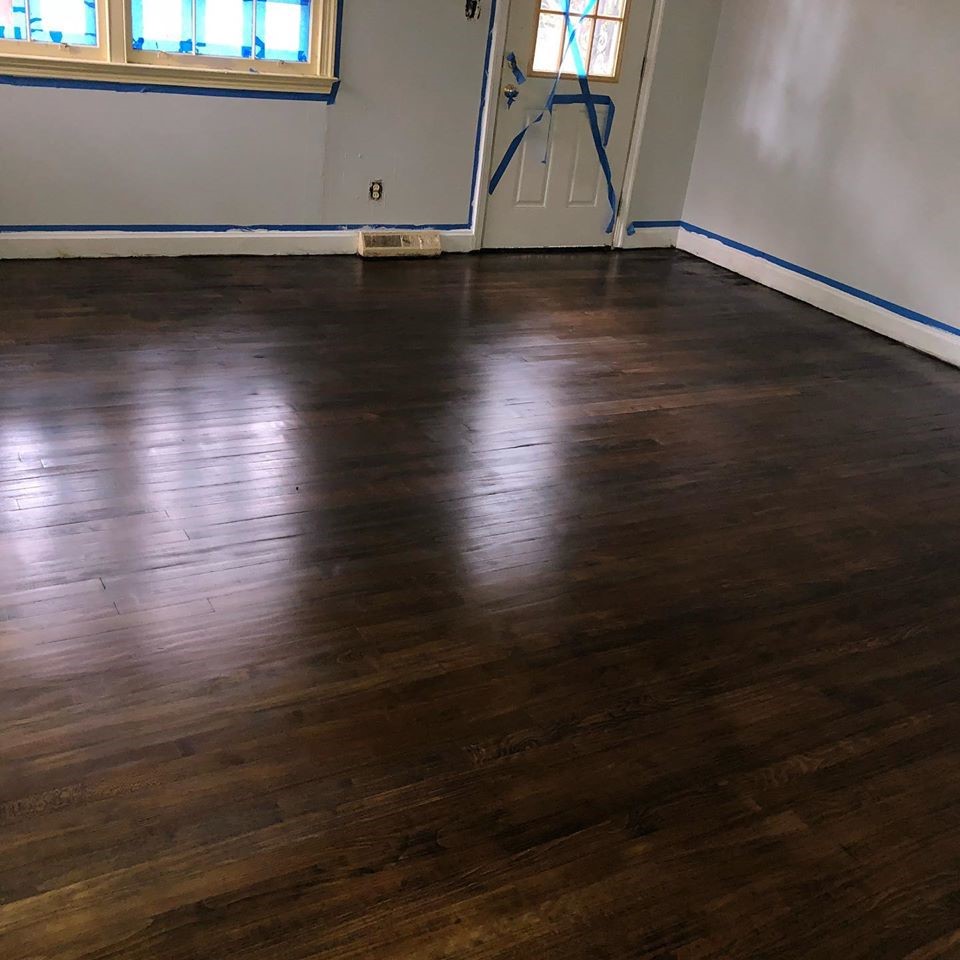 The icing on the cake was when I was able to tell Lakisha that, through our community partnership with another nonprofit (Crisis Assistance Ministry’s Furniture Bank), she would also be able to pick out beds and dressers for their newly renovated, but empty, home so her family could move back into a furnished home in time for Christmas.

In a city like Charlotte, which was ranked 50th out of 50 in terms of economic mobility, the lasting gift is that Lakisha and her family were able to hold on to the biggest financial asset they have, so one day she can pass the home down to her kids or grandkids and maintain her family’s generational wealth and roots.

Lakisha said, "Before the repairs it was hard, I felt like I failed my children. I couldn't provide for them, we lost everything. But God saw different and his angels were sent in to help out. After Rebuilding Together of Greater Charlotte, I have a new lease on life. God is good and he answers all prayers. I've learned a lot about not giving up on what's important for my children. Everything I do is for their future."